Reshaping the future of sales...

Our mission is simple: to help businesses and entrepreneurs actualize their sales goals, while removing the harmful stigma that surrounds ‘sales’, giving customers amazing experiences, and to fill the world with transparent, ethical salespeople.

Now, that all sounds great in theory, but how do you make that happen?

That's the simple part: we work with businesses to create proper sales processes that are proven to create a confident, trustworthy sales team that's capable of building deep, emotional relationships with customers. That combination makes it hard for prospects to say no. When your customers are built on real, authentic relationships and trust, it leads to higher retention rates and overall customer satisfaction.

Great salespeople aren't born, they're the natural product of solid processes and passion.

Ryan has more than 10 years’ experience in marketing, $500,000,000+ in direct sales, customer experience, inbound and outbound campaign implementation, call center management, and supervision. He is an effective people manager with the great ability to motivate people and teams to achieve performance goals and productivity metrics. Ryan is an intuitive visionary adept at re-engineering processes to comply with goals and policies while controlling costs, minimizing redundant work, reducing manual work, and increasing profitability.

At age 19, Ryan was having a blast teaching music theory and guitar to awesome kids. Soon after, those same kids discovered they could take lessons for free via YouTube. Heartbreaking.

Then something — not entirely unlike magic — happened.

Ryan began working for a high-level marketing firm with an in-house call center as a bottom of the barrel phone sales agent. Yes. A telemarketer. In his first day on the phones, Ryan was out-producing all of the senior agents in sales and instantly fell in love with the gig. Shortly after, Ryan became an assistant supervisor and then moved up to a lead supervisor managing a team of 15 agents. After holding a spot within the top 3 teams of the call center consistently, he moved on to managing/leading another call center’s quality assurance department. Finally, Ryan was offered a position Managing/Directing a call center for Ben Suarez in North Canton, OH that he said yes to instantly. After all, it was only a mile from his house.

After years of working under the corporate structure, Ryan was introduced to a successful entrepreneur by way of one of his previous CEOs. While running the ENTIRE sales side of that entrepreneur’s business, Ryan realized his unique passion and ability: helping entrepreneurs and small businesses craft productive sales process and training ethical sales personnel to build real, trusting relationships with customers. To this day, it’s what Ryan truly loves most in life... Other than his wife!

If you're ready to talk, I'm ready to listen...

We specialize in taking your existing sales process and optimizing it for success. That means doing a complete audit of all of your processes and fixing all of the roadblocks that are keeping you from achieving your sales goals.

Let's Find a time to chat about your business needs...

Send Me the Free Video Series! 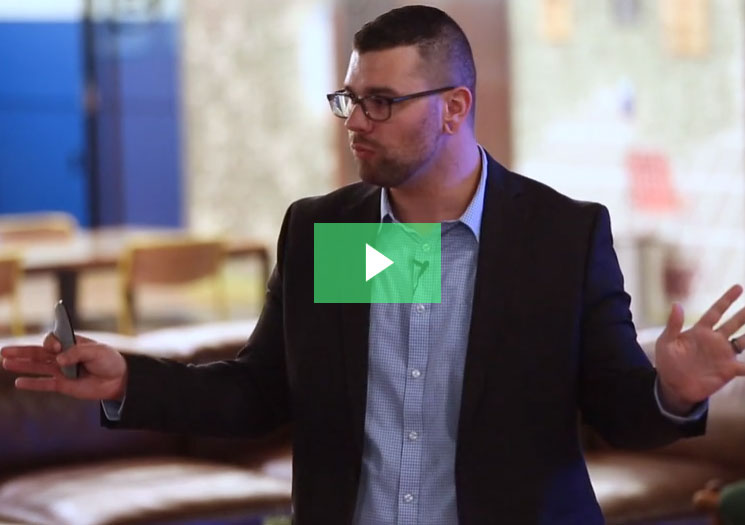 Please enter your first name and email address below to get access to Ryan's latest video series.

We respect your privacy. Your email will never be shared.